Downtown and the Best of Farm to Fork 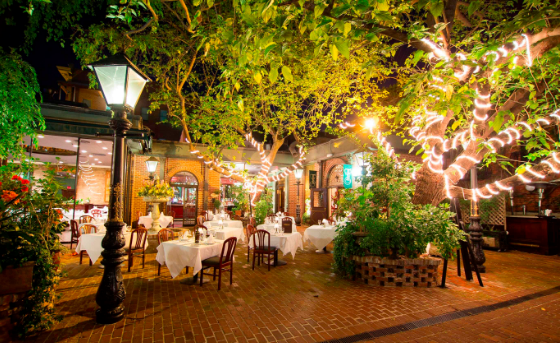 You probably know that Sacramento is the capital of Farm to Fork around the world. Well, the downtown Sacramento restaurants are the headquarters of that capital.

Sacramento’s not an up and coming foodie city, we’ve already arrived. Don’t take our word for it – the New York Times, Washington Post and Sunset Magazine agree. Here’s our list, in no particular order, of the Top 10 Farm-to-Fork Restaurants in Downtown Sacramento (and just a little beyond)

So many people swear by the chicken dish – which involves a whole chicken, minus wings, with the breast pan roasted and dark meat cooked confit-style, in duck fat. It was sublime, with light and dark meat equally tender.
– Carla Meyer, Sacramento Bee

This casual spot is one of the city’s hottest new dining destinations. Chef Brad Cecchi, who earned a Michelin star while at Calistoga’s Solbar, works with local farmers and ranchers to serve an eclectic menu of small plates that range from chicken drumsticks to flat iron steak.
– Sam Boynkin, Wine Enthusiast Magazine

The service is impeccable. Entremets (generally a small sorbet that cleanses the palate between courses) are served, and they added such a lovely touch to the entire experience. Then the entree arrived. It was presented like the prom queen being crowned at a dance. I could almost hear the oooh’s and ahhhh’s from the other diners. It was poetry in motion. The first cut, was like slicing into french butter. Soft, and just ohhhhh so good! The crust was flaky, the meat was tender, and the light sauce had tasty mushrooms that enhanced an already magnificent meat.
– Darci K, Yelp Elite

The Dixon Lamb Ragout was an excellent dish. The featured pasta is called a hankerchief pasta because it starts as a flat sheet and is folded over many times like a hankerchief. A generous portion, the dish featured nuanced and complex flavors topped with sweet peppers. I especially liked the contrast between the ricotta cheese and the savory sauce. I don’t recall ever having this type of pasta. Definitely worth a try.
– Darrel, Cowtown Eats

The menu is designed to please both politicians and visitors. At lunch there’s a very good fried chicken served with a chile sauce and lemon wedges; fish tacos; chef’s salad; Reuben sandwich; pan-roasted salmon and flatiron steak salad. At dinner the menu expands to include such items as Thai spiced lobster, seared scallops with mushrooms and wood-fired pork chop with rosemary grits.
– Michael Bauer, SFGate

Tiger, the bar/restaurant that opened in November just steps from Golden 1 Center, is on a roll—literally. Many of the noshes on the eclectic menu arrive tableside on a dim sum-style cart, allowing diners to choose from a rotating selection of small plates with culinary origins that span the globe.Upon each visit, the cart offers something a little different, from pickled deviled eggs to Thai fried peanuts to an avocado piled high with shrimp salad. The remainder of Tiger’s menu—most of it composed of small bites, many of them sharable—is made to order.
– Catherine Warmerdam, Sacramento Magazine

Vegetarians are at the top of the food chain at Mother, a K-Street institution that produces some of the most craveable vegetarian food in the area, though omnivores are also known to favor chef Michael Thiemann’s flavorful menu and chill atmosphere. The chicken-fried mushrooms are a perennial favorite, but throw them into a handmade roll with aioli, hot sauce, iceberg lettuce, and freshly made pickles, and it becomes the Mother po’boy sandwich, the most memorably meaty vegetarian sandwich in the capital.
– Stephanie Stiavetti, SF Eater

We had excellent food & service. We had a stone-cooked Pizzetta with Fontina Cream, asparagus, zucchini, copa and spring onion to start. This was excellent and we’re pretty picky with our own wood-fired pizza oven at home. My wife was enthusiastic about her salmon and I couldn’t finish all my delicious Jäger schnitzel.
– BNI, Chowhound

Our mouths were watering for fried chicken and Hawks delivered. Tasty, crispy and not greasy. They use quality chicken. No “Colonel” here. The mashed potatoes were to die for – decadent, so much butter, so much cream – yum. Great cocktails, great vibe.
– Grammy69, Trip Advisor

Sacramento is my town! During my 25 year+ career in marketing & advertising, I've worked with over a thousand local Sacramento businesses. I'm happy to share my favorites with you. 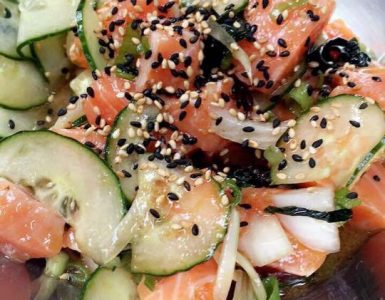 Some women yearn for a glass of wine or a cold beer at the end of their pregnancy. For me, all I craved was a bowl of raw fish otherwise known as poke. Fish Face Poke Bar is my go to spot for the freshest poke in...

Get Listed on Sacramento Top 10

It’s as easy as pie to get your Sacramento based business listed on Sacramento Top 10. There’s just a few simple steps to follow. Choose Your Category Arts Art Galleries, Dance, Museums, Music, Theatre...