Employee awarded $360,000 Verdict for Fake Robbery Enacted by Employer
The woman (plaintiff) was approached by a man wearing sunglasses and a ski mask, who slammed down a paper bag on the counter, and gave her a handwritten note saying that he had a gun, asking her to put the money in the bag. The plaintiff reached for a silent alarm but the man pounded on the counter and pointed to the threatening message. She gave the man the money but was shocked and hysteric after the man left. This incident was actually staged by the employer as a security exercise, and the robber was actually the employer’s district quality control manager. The plaintiff however, filed a claim saying she was assaulted and sustained emotional distress as a result of this incident. The jury verdict in this case was $360,000 in damages, but a California trial court ordered a new trial. However, the California appellate court maintained that there was sufficient evidence to support the jury’s findings.

Food Store Manager’s Murder by Jealous Assailant Arose Out of and In Course of Employment
A Florida appellate court held that fatal injuries sustained by a food store manager who was struck and run over by a car driven by a man who claimed to have been reacting to the decedent’s alleged sexual harassment of the man’s girlfriend, who worked as a cashier at the food store, were held to have arisen out of and in the course of the employment in spite of the personal animosity that triggered the event. Reversing a decision of a state Judge of Compensation Claims and quoting Larson’s Workers’ Compensation Law, the appellate court found that the nature of the work environment—at the time of the attack, decedent was collecting shopping carts in the employer’s parking lot—did, indeed, place the decedent at risk incident to the hazards of his industry and that while the decedent had no apprehension of personal animosity of a co-worker’s jealous boyfriend, there was no question that the “genesis” for the dispute giving rise to the fatal injuries was in the workplace.

Undocumented Worker Flees Immigration Services and Suffers Heart Attack
In a similar feat of logic, a lumber mill employee suffered a fatal heart attack and a compensation claim was filed against the employer. Unfortunately, the worker had used false documentation to come to the US from Mexico. His heart attack occurred as he attempted to escape a suspected immigration services raid.

The state considered whether or not the workers were at an increased risk due to potential immigration raids, whether that risk was inherent or incidental, and if it was risk assumed by other employees. The court found the heart attack was not related to the individual’s employment.

Sacramento is my town! During my 25 year+ career in marketing & advertising, I've worked with over a thousand local Sacramento businesses. I'm happy to share my favorites with you. 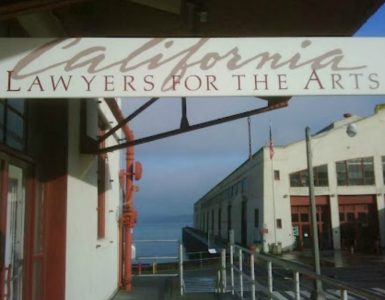 California Lawyers for the Arts

Get Listed on Sacramento Top 10

It’s as easy as pie to get your Sacramento based business listed on Sacramento Top 10. There’s just a few simple steps to follow. Choose Your Category Arts Art Galleries, Dance, Museums, Music, Theatre...